This project consists in 'unpacking' the relations between the different associations active in the Saint- Michel neighbourhood, be they political, social or cultural. A six-month period has made it possible to introduce these associations to the artist, along with their relations with each other and their rootedness in the neighbourhood and with its inhabitants. In an underlying way, the artist tries to understand how – through gestures, activities and actions –their relations come across in the community. From September onwards, the Halle des Douves became the scene of a great prototype, foreshadowing this future 'Maison de la vie associative'. This 'Maison' lived through the ten-day EVENTO by way of activities involving sharing, cooking, exchanges and encounters.

The event itself took place over 10 days, round the clock, like a scenario of performative actions put on by these associations, inviting the public to join in this important neighbourhood event. 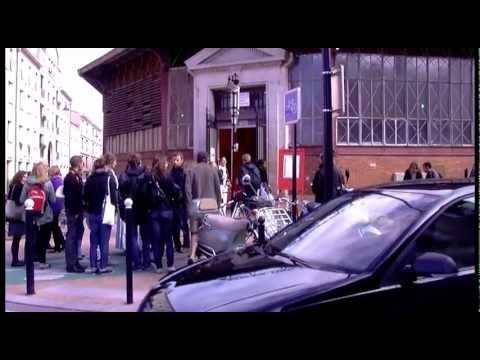